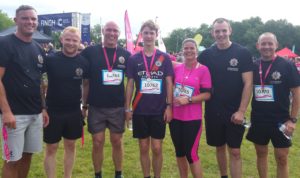 Amanda and George Marshall with Red Watch Chadderton completed the 10 K race for life around a tough hilly course at Heaton Park.

Thanks to all the customers and staff at Morrisons Hollinwood for all their generous donations. 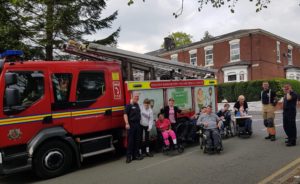 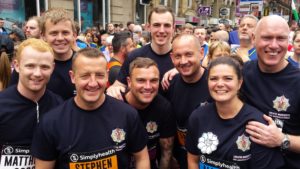 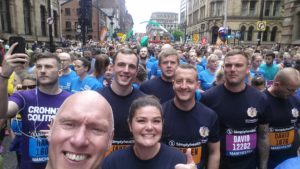 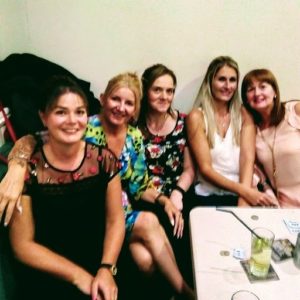 It was a long day and evening at Heyside Cricket Club with Red Watch Chadderton, Red Watch Ashton, Kingfisher School and the fabulous ladies from the Day Centre, £235 raised. 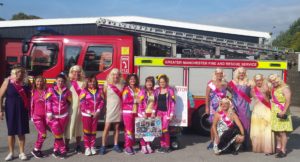 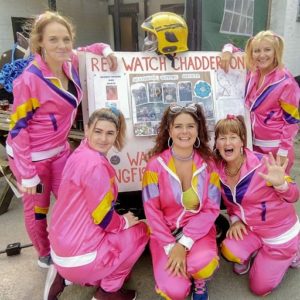 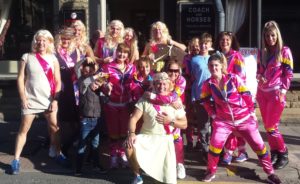 What a lovely day for walking around the pubs of Chadderton, Royton and Shaw dressed as Beauty Queens and Chavs. Great day out again with the boys from Red Watch Chadderton. Loads of money raised. Massive thanks to the landlords/ladies and customers of all the pubs as well as ASDA Shaw for all you donations. £870 raised 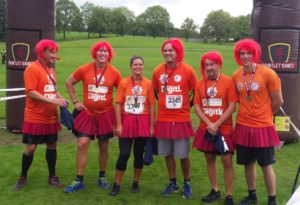 Amanda led the way for the Red Watch Water Fairies to complete the Gauntlet Games 10k obsticle run at Heaton Park on the 15th September.

Thanks to all the customers and staff at Morrisons Hollinwood for all their generous donations. £674 raised 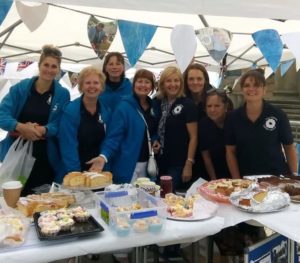 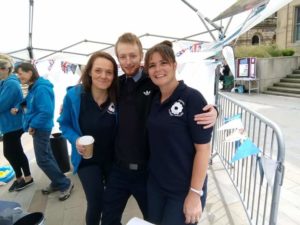 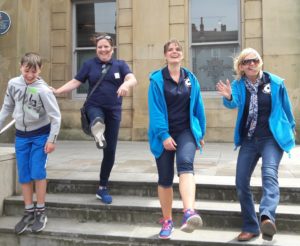 Fun in the sun at this years Oldham Carnival where the Day Centre Staff attended with the very successful Cake and Tombola Stall. £363 raised towards the Blackpool lights trips later this year. 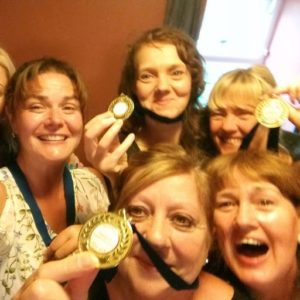 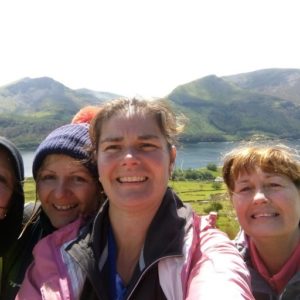 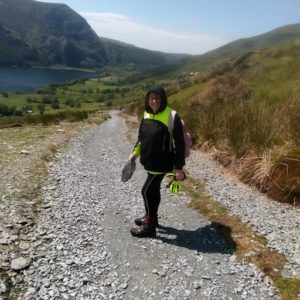 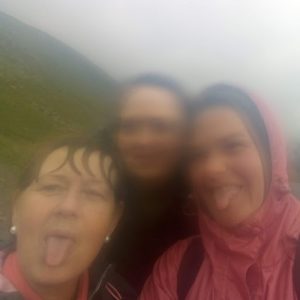 Amanda, Mel, Julie G, Wendy, Debbie and Maureen battled the horrendous weather to climb to the summit of Mount Snowdon raising a massive £700 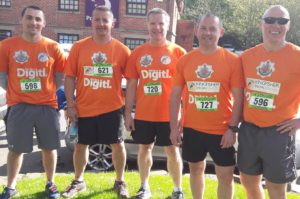 The staff and parents raised a total of £33.70 for this years children in need appeal with a fancy dress disco. Great Effort to all involved 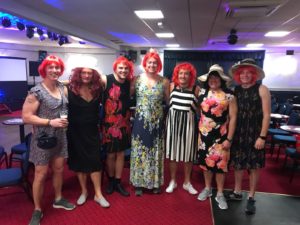 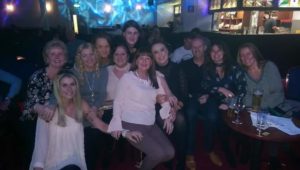 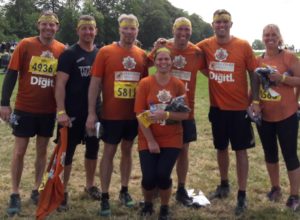 Well done to the Staff, Service Users and their families for donating a total of £82.32 during ‘Manchester Week’ for the victims of the Manchester Bombing at the MEN Arena.

A massive thanks to Adam Moore, Maureen Marshall, Amanda Marshall, Peter Marshall, Melainie Widdall and Shanks Das for completeing the Milltown 7KM run around Oldham in aid of Heathbank. It was a lovely day but a gruelling hilly course. Fantastic Effort 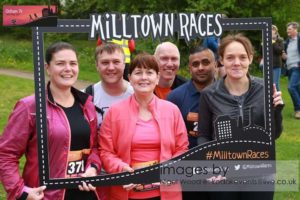 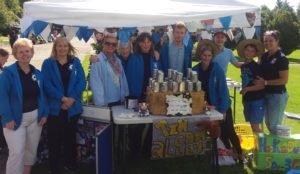 What a beautiful day it was for strolling around Oldham in our best frocks. Massive thanks to Red Watch, Chadderton Fire Station and all the pubs and their customers along the route. 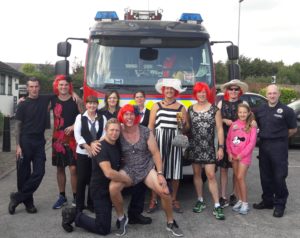 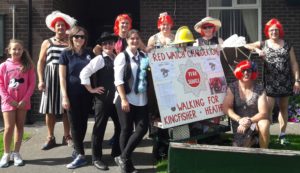 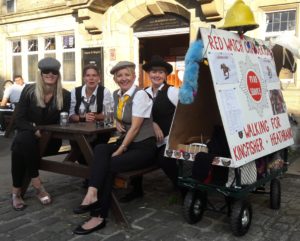