Oldham and District Spastics Society was founded in 1953 by a small group of parents whose children suffered from cerebral palsey. At the time there was no suitable support for children or families in the Borough

In 1958 Mr lawrence H Brown presented the charity with Heathbank for use as a Day Centre. At this time the centre cared mainly for children although it was available to anyone from the age of five years and upwards.

By 1960 it was realised that more could be accomplished with younger children so the Local Authority agreed to refer children from the age of two. This meant that when children reached the age of five, they were assessed for transfer to Local Authority centres. Those that were not able to move stayed on at Heathbank.

In 1966 more space was needed and plans for a new building in the grounds of Heathbank were drawn up. This new building ‘Heathcot’ was commissioned and built in 1969.

In 1971 as a result of the Education Act all children of school age were required to attend school. To facilitate this the Local Authority supplied teachers whilst Heathbank supplied the care.

This continued until 1978 by which time all but one of the children had moved on. The centre at this period cared for predominantly for severely disabled adults.

Eventually children that had left to attend school reached shool leaving age and started to come back.

In March 1996 with the help of parents carers and friends funds were raised to build Heathside cottage on land owned by the Society. This provided a home for 6 adults supported 24 hours a day, 7 days a week.

In 2003 the name of the organisation was changed from Oldham and District Spastics Society to Oldham Scope. This year also saw the retirement of Mrs Audrey Ball as Day Service Manager.

Also in 2003, with changes in Legislation it was decided to register with National Care Standards as a domiciliary care agency.

In 2010 the name was changed again to Heathbank Support Services.

The organisation celebrated its 60th year in 2013 and to mark the occaision a function was held at Chadderton Town Hall attended by friends, carers and supporters from the past and present.

In 2016 the Alan Vickers the General Secretary retired after 23 years at Heathbank and Mrs Amanda Marshall took over the position.

Alan continues to support the charity and is an active member of the Executive Committee. 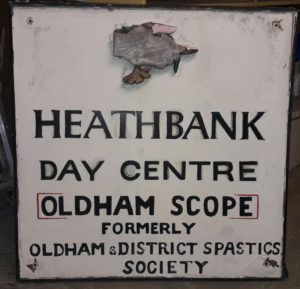 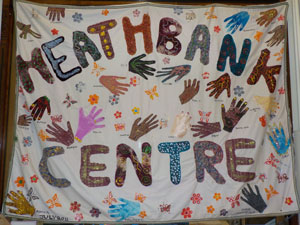 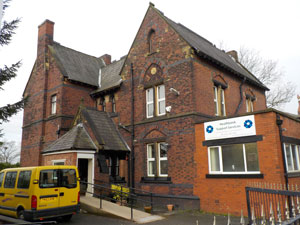